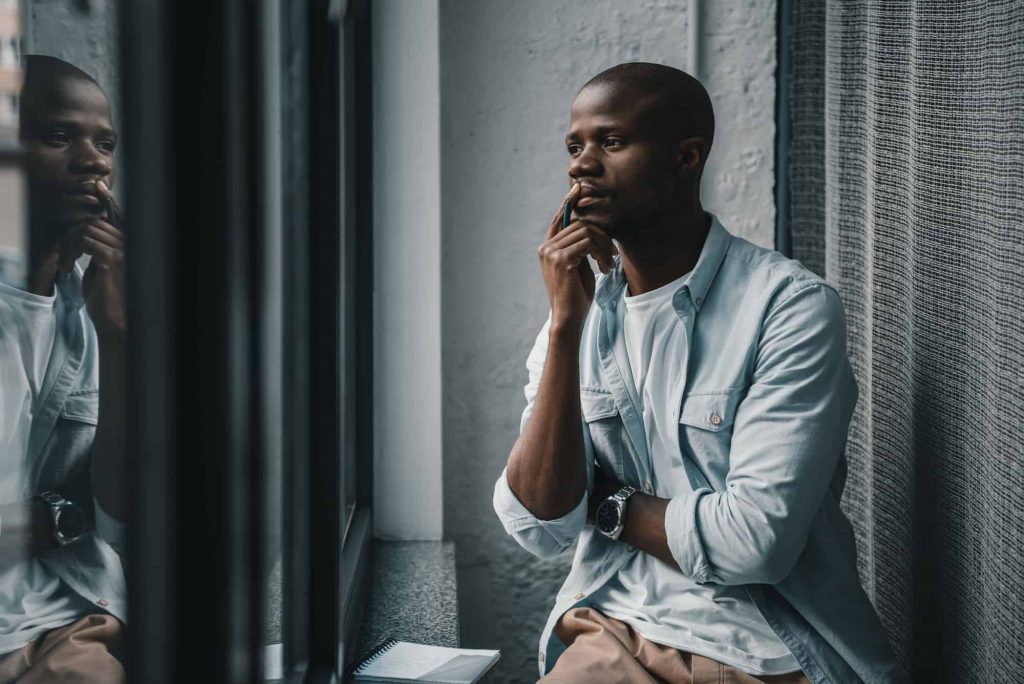 Some men are unemotional in that they have emotions, but don’t show them. Others are emotionally detached in that they appear to be emotionally unavailable. Women can fall in love with both. Not only can they fall in love, but women can also have a completely satisfying lifetime with either type of man as a husband.

Two problems stand in the way. First, it is hard for women – especially those who are emotionally based – to understand these types of men. Second, it is hard to move the relationship forward because the woman and man are on two types of communication planes. That can cause frustration for both.

Whether the guy falls into either the first or second category, there are five ways women can use to help develop a relationship that could gently push the guy toward looking at a more romantic future. Notice, there is nothing a woman can do to “make” the guy love them, but there are some things she can do to at least make it a possibility.

Sometimes, men are unemotional because of past relationships or baggage. They want to be sure they can trust someone first and typically have only a small circle of close friends. The best thing a woman can do to relieve any tension of a possible romantic relationship and help him open up is simply to be his friend.

After a while, this man will realize you are an important part of his life and that could lead to him wanting you to be a bigger part of it. This may require some patience because these types of men don’t come around quickly. You can’t put him on a time frame and have to take each day as it comes.

Trying to put your expectations of a future relationship onto the man will only scare him and drive him away. His lack of emotional availability is a clue that he isn’t ready for an intense relationship. The reasons may be specific or general, but a woman shouldn’t try to figure out why. That is just the way he is. In time, if you are patient, he may explain why or he may not.

Constantly badgering him about where you two are going will put a wedge between you. It doesn’t give him any options except leave or have a serious commitment. He will choose to leave if he feels he must make a choice.

The woman’s option is to gently tell him she would like to have a serious relationship and could see one with him but understands he may not feel that way yet. She should end the conversation by communicating to him that he is worth waiting for until he is ready. That could change in the future, but that is the situation now.  Then, she should shut up and not mention it again. This way, he knows what is desired but also knows she understands his position.

Don’t Talk of the Future

A lot of women try to draw out a commitment from a man by talking about their possible future together. They point out babies, furniture, houses, or vacations as possible options for them as a couple. Don’t do that with this guy.

These types of men, the unemotional, unavailable types, live in the here and now. They may think of the future as a distant destination or may have plans for themselves in their careers or lifestyle but they aren’t looking at bride magazines. They see a commitment and family as added responsibility and emotional availability they aren’t capable of assuming yet.

A woman in this type of relationship can talk about her future, what she sees as her goals, dreams, and career. This can be intriguing for this type of man. Just don’t include him in it yet.

Men, in general, are attracted to men who don’t need them to survive. This is doubly true for emotionally unavailable men. These types of men don’t want women to revolve their world around them because that is too much pressure. They like strong-minded, independent women who are fine on their own, largely because these men are fine on their own.

This means you need to make him chase you. Men, generally, enjoy the chase and this type of man likes to feel he is determining his destiny. It also means you shouldn’t let him treat you inappropriately or rudely or take advantage of you. Don’t be afraid to call out his bad behavior.

Open Up to Him

A clear way to bring about emotion in this type of man is to open up to him first. Doing this shows him how to be emotional and that you trust him, even if he doesn’t yet trust you. A word of caution comes with this advice. Don’t dump your life history on him and don’t open up too soon. That is too much for him to handle and he will be suspicious if you share too much early in the relationship. Remember, building trust takes time and you must put in the time to win his heart.

Be sure that your intentions are pure and that you genuinely want to further a relationship with him before trying to win over his heart. He deserves care and respect since he finds it difficult to trust others. You don’t want to give him another reason to remain closed.

His heart is in your hands. Make sure you treat it with care.