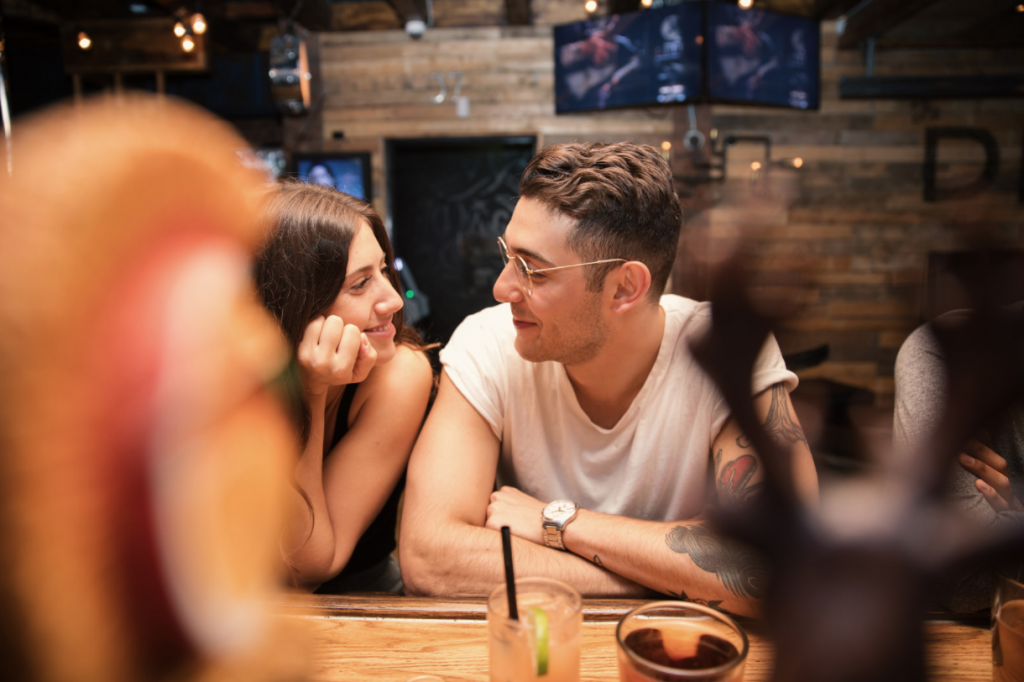 It has been said that women are more complicated than men, but the people who believe this have probably not done much dating. It would be nice if guys were simple because we could be saved trouble and heartbreak, but they have the ability to leave us feeling like we do not know where we stand. One day you are being treated as a girlfriend, the next, a girl he may have known in high school. This is far from simple.

To make things worse, women overanalyze and pick apart everything that is said, done, and how we are treated. We read too much into an ignored text or what he happens to do online. Women overthink, wonder what each comment means, and run through all our theories. While it should be obvious if a guy likes us, it can be hard to decipher. At times, men can even be deliberately confusing. Sometimes there will be signs he is using you, but enjoying the attention. So, how do you know if someone really likes you?

You are Not Alone in Reaching Out

Figure out who has been initiating contact, you or him. Who makes the first move with texts or trying to set up a date? If it is never him, then it is never a good sign. A guy who likes you will not just come out and say it or at least not only say it, he will show it as well. This means he will make an effort to spend time with you. This may not be consistent effort, but it will be noticeable. If he barely reaches out unless you start things, it is one-sided. There is one exception. If he reaches out, but only at night, unless he works o hours, this is a bad sign. It is a booty call.

Look for non-verbal clues to see his intent. Does he turn his body to you when you guys are talking or does he try to get closer or even find excuses to touch you? A guy who likes you genuinely will do so. If he is not making this effort, test him a bit to see if he is shy or intimidated. Step close to him, leaving your hand near his. If he is not into you, he will probably pull away or step back slightly.

There is one exception called Kino. Kino is a tactic that is used by pickup artists that involves finding excuses to touch women soon after meeting. It can be difficult to tell if a guy is touching you because he likes you or he thinks you will make a fun one night stand. Look for other signs to see which type you are dealing with, trouble or true like.

He Asks About You

A guy who likes you will want to know more about you and will dig to find out the information. If he likes you, his curiosity will show. A guy who is less interested in you, but wants what he can get from you will talk more about himself and want to learn less about you. He will act as if he knows all he needs to an if he does, then you do too, walk away.

If he likes you, he will not only ask about you, but remember what you say. He will be invested in your personal conversations and the details. You will know he is doing this when he brings up things in later conversations. He may also make jokes later on about things you said or follow up later on. We all remember the things that matter to us, so if you matter to him, he will remember. He may not remember everything, but more than an average person.

If he tends to your needs as often as he can, not everything because this is a red flag, but puts your wants and needs above his own. He will act as if both your needs matter, not simply his and be willing to compromise to make sure you are both getting your fair share. If he is the type to disappear a few days without notice or explanation, he is not concerned about your needs. Furthermore, a guy who likes you will reassure you when needed instead of laughing it off as well as make you feel safe and comfortable. In other words, he will not allow your happiness to be treated as optional.

If he really likes you, he will let you see into his life, letting down his guard to confide in you. When you get close to someone, it makes you vulnerable and if you are worth the risk then he likes you. He will share about his family, friends, and personal life. While this does not mean he will introduce you right away, he won’t work overtime to keep you apart either.

We have all been around a guy who flirts with us at times, then runs cold, this is a bad sign. A guy who likes you doesn’t turn on and off, but keeps the heat going. If it is just occasional flirting, he sees you as more of a booty call.

If someone is really into you then he will talk about the future and it will include you. This does not mean planning a wedding after a couple dates, but he should talk about a couple months down the road. He may discuss his favorite restaurant and talk about taking you to try it out or going on a trip and hinting that he does not want to go alone. He should be optimistic about you hanging around.

A man who likes you will compliment you in a positive way, but not in an over the top fawning way. Things about your personality are a good sign. If he is spending lots of time thinking about you then he will want to share it. This is a good sign he wants to be more than just physical.

Like a little kid on the playground who  teases the one he really likes, teasing can be a signal that he likes you. This is not mean or vicious, but playful and a way of building intimacy. The teasing should be something that makes you feel special, not worse. If he can dish it out, but can’t take it from you, he does not want to be vulnerable with you or is highly insecure. If this is the case, proceed with caution.

If he is willing to put down the electronics and focus his attention only on you, then he likes you. While taking an important call or looking something up quickly is no big deal, he should be focused mostly on you. This works both ways. You should be focused on him as well if you like him.

Not Afraid to Fight

Fighting is not great if it is happening too often, but if there is some conflict it is normal. Look at the way he handles this conflict. A guy who does not care will want to avoid it or not care what you are going through. He will ignore texts and avoid listening when you bring up feelings, then go back to normal. However, a guy who likes you will work through things with you. He will also try to communicate and make you feel that you have been heard.

These signs are not fool proof. Some guys re simply professional players and have figured out how to show these signs even though their feelings are hollow. Some guys can even fake it long enough to get what they want, but most will not put that type of energy into it. If you are aware of the signs, you will recognize the game faster. Learn the difference and you will be amazed at how much time you will save on players.