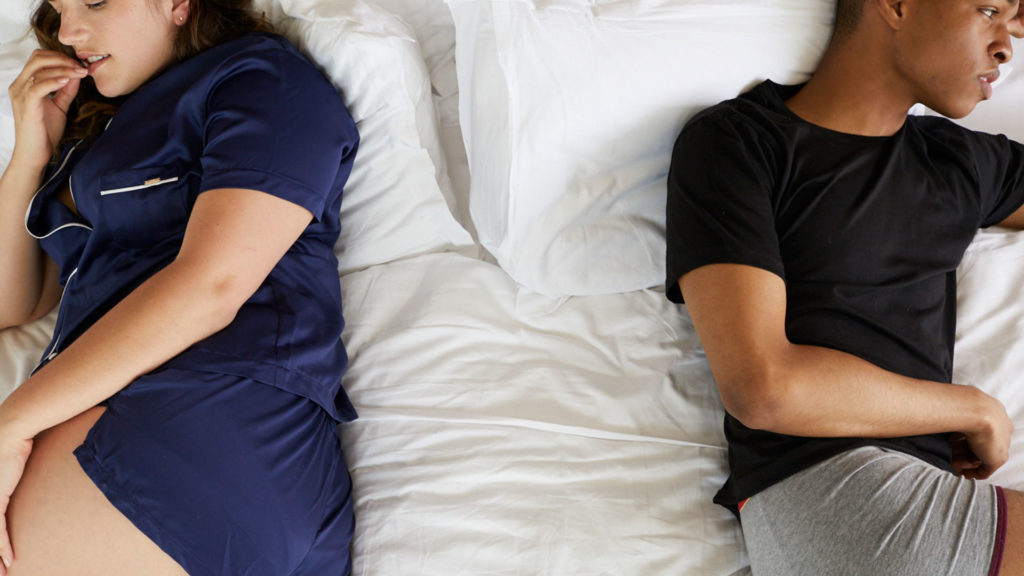 If you always keep saying it’s fine, it’s probably not fine.  Especially if you keep excusing yourself for the behaviors that you don’t like. If the excuses become too much, you should evaluate and know if this partner is interested in dating you.

You should be attentive if your partner seems disengaged.

If you are trying to talk to him but he doesn’t seem to give you attention, he is likely to be physically there but somewhere else mentally. That disengaged feeling is already a red flag that something’s wrong.

People having less sex when in a serious relationship is normal, but if it’s slowing down instead of picking up it means one partner isn’t invested in the relationship as it should be.

That might not be the only reason why they aren’t interested in sex, it might be other factors such as stress outside the relationship. What you need to do is to communicate with your partner.

If your partner had made plans and you are waiting for his plans to take action but he isn’t showing any sign, it could be they are trying to avoid confrontation.

When people are unhappy in a relationship, they get bothered very fast making them start portraying their unhappiness. This might be due to a problem they are facing hence the only option they have is to project their anger on someone else.